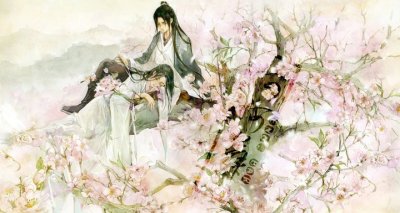 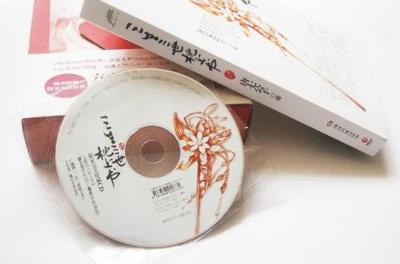 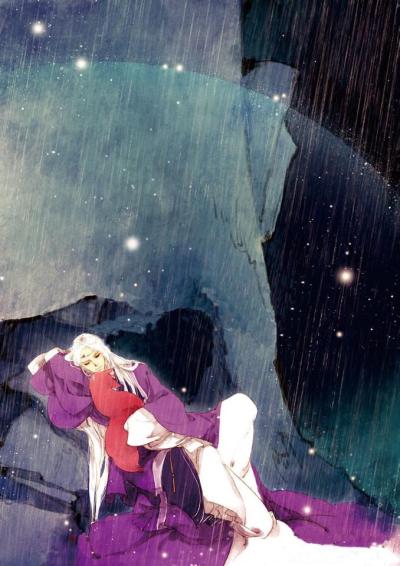 The introductions are skipped by Hamster and the prologues are so long that I skip them, too. Ignore it :p 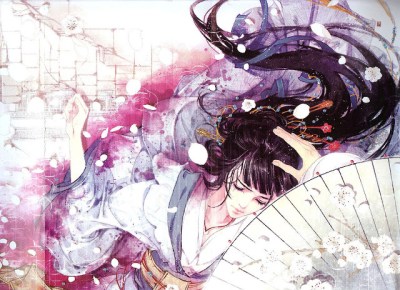 The exact details of this story are not known by anyone, but, though there are inconsistencies in the contents, the main gist of the story remains still the same.

It was said that, one year, Wei King had offended the Chen King. Four years later, Chen devised a trap to annihilate the entire Kingdom of Wei. Chen’s Crown Prince, Su Yu, personally led the battle, attacking directly into Wei’s capital. The cowardly Wei King decided to surrender. However, the youngest princess, Ye Zhen, refused to accept this dishonor. She dressed up beautifully and went up to the city’s wall. As she stood there, the princess berated the King from high above to the officials below. Afterwards, she bowed three times in the direction of the Palace, and then jumped off the wall, wishing to perish along with her kingdom.

Historians listed the story as a legend. Later generations’ monarchs would later write that Princess Ye Zhen demonstrated the last bit of dignity of Kingdom Wei, definitely deserving to be called a noble woman.

In the 67 years, the Nine Provinces had pided and joined, pided and joined. Soon, the story became one of the past, so much that when people thought of it, it was like remembering an old fairy tale. Princess Ye Zhen’s sacrifice was remarkable but, after all the glamour and thrill wore off, it was not as memorable as the love affair between her and Chen’s Crown Prince, Su Yu. Though, like the one of Wei Kingdom, the details of this story were not known.

Even the history book of the Nine Provinces mentioned the love story of the couple Su-Ye, but only briefly. It only recorded one small incident. When Crown Prince Su Yu accepted the Wei’s King’s surrender in the Palace court, he had said,

“I heard that Princess Wenchang of your country is the most accomplished woman in the world, an expert in zither, chess, calligraphy, and painting. She is especially a talented painter. I don’t know if I have the fortune today to ask Princess Wenchang for a painting?” Princess Wenchang was the title of Ye Zhen, with the implied meaning of virtue and prosperity.

The history book only had those few words. People who knew the exact story had already became ashes in the changing times of 67 years. That touching and tragic romance had too turned into dusts. Though many were curious, it was like chasing a shadow, unable to know the truth. If one wanted to know the story, then we have to go back to that spring 67 years ago. 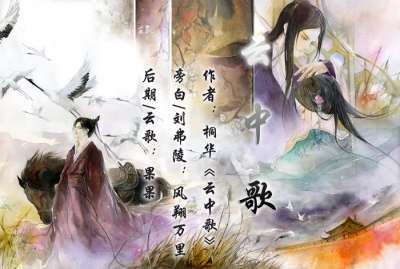 In a destined time, meeting the person you miss dearly, is an eye-twinkling type of happiness.

In a hopeless space, meeting someone never once on your mind, is dishearteningly of no use.

In a lost time, meeting the person you dreamed about, is a gut-wrenching type of sorrow.

In a forgetful space, meeting someone never once longed for, is an uncontrollable kind of torture.

Therefore, after a thousand sails have been used and the seas are visible again, the waves will never cease to rock.

They are (male use of this pronoun and in parenthesis is my identification of which character this description refers to):

One is a tenacious Emperor, who as a child watched his father order his mother executed. (Liu Fu Ling)

One is a down-on-his-luck royal grandchild, the only one to survive the destruction of his entire family. (Liu Bing Yi)

One is the orphan of a loyal clan, who watched his own brother be the substitute victim on behalf of a royal grand child. (Meng Jue)

One is a brilliant and wild royal duke, always kept just outside the gates of royal power. (Liu He)

They are (female use of this pronoun and in parenthesis is my identification of which character this description refers to):

One is a desert wolf girl, an innocent and carefree master chef. (Huo Yun Ge)

One is an ordinary commoner girl, patient and willing to learn. (Xu Ping Jun)

One is the daughter of a wealthy family, passionate and ambitious. (Huo Cheng Jun)

This is Tong Hua’s foreword in Volume 3:

At the right time, meeting the right person, is a lifetime of happiness.

At the right time, meeting the wrong person, is an experience in heatrtbreak.

At the wrong time, meeting the right person, is a life full of hopelessness.

At the wrong time, meeting the wrong person, is a path full of torment.

One is a red-robed mute girl, devoted without ever saying a word. (Hong Yi)

And this one is my add:

One is a child bride, destined to grow up and grow old alone in the Palace. (Shang Guan Xiao Mei)

A wolf girl grows up amongst the wolf pack of the Xi Yu desert region of Western China, where many different tribes existed which sought to remain independent from the encroaching military forces of the Western Han empire. This wolf girl saves a man dying of thirst in the desert, and he in turn kidnaps her. A Han scholar who is an advisor to the Dan Yu (Leader) of the Xiong Nu tribe, this man becomes this feral wolf girl’s adoptive father. He forces this child of 7 or 8 to learn to walk upright, speak the human language, and live amongst the people, namely the Xiong Nu tribe. He names her Yu Jin. She resists initially, howling at the moon to be freed, but she eventually settles into the human world and grows up amongst the sons, daughters, and tribesman of the Xiong Nu.

Yu Jin is but a child of 12 when she is forced to face the grim reality of the ruthlessness of political succession as there is a change of leadership within the Xiong Nu. With her father dead, Yu Jin manages to return to her wolf tribe, were she is welcomed back and finds solace in the leader of the wolf pack, whom she calls Brother Wolf. They roam the plains together, with Yu Jin a girl who is no longer completely a wolf, but cannot return to the human world because the only one she knows is gone. A few years pass before one day, Yu Jin decides to steal some supplies from a traveling caravan. She is caught, but the leader of the caravan is a young man whose beauty and serenity captivates Yu Jin. He offers her the supplies she wants, but because she’s been wearing the same tattered clothes for the last few years, she asks for a skirt if they have one. The young man gives her a beautiful Luo Lan (another ethnic tribe) outfit.

As Yu Jin continues to roam the plans with Brother Wolf, she runs into another group of travelers, this one seeking her assistance in getting out of the Xi Yu desert. In the group is another young man, with twinkling eyes and a piercing gaze. Yu Jin leads them to the edge of the desert, and she demands payment of coins for her services. Meeting these two groups finally convinces Yu Jin that she can’t hide in the desert forever. Her adoptive dad wanted her to learn Han history and language, because he was a Han citizen and wanted her to become one. Yu Jin decides to use the coins to travel to Chang An, the capital city of the Han dynasty. There she will not run into the Xiong Nu, and she can finally fulfill her dad’s wish for her to return to her motherland.

Yu Jin arrives in Chang An and hereby starts her story which will span years with so much colorful and stunning trials and tribulations. She changes her name to Jin Yu (her loved ones call her Yu Er or Xiao Yu) and tries to forge ahead with just her brains, derring do, and audacity. She runs into the two young men she met in the desert – the man who gave her the Luo Lan outfit is Meng Jiu (real name Meng Xi Mo), the reserved and contemplative owner of the largest business in the city, and the other guy is Huo Qu Bing, the all-around brash and decisive young general who is also nephew to the Emperor. Jin Yu’s life in Chang An takes her into close orbit with both men, and with it develops a love story fraught with choice, unwavering commitment, and sacrifice.